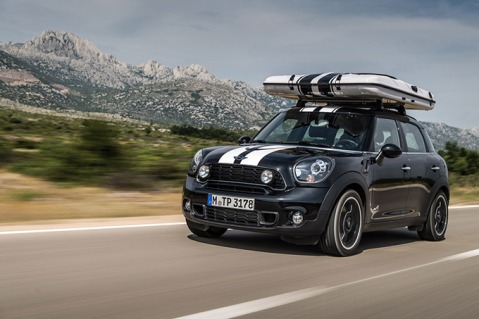 Mini brings its Countryman ALL4 Camp concept. It is easily be mounted on a MINI or MINI Clubman. The upper half of the tent is simply folded out of its storage box. Plump up the pillows and two occupants are ready to relax, then wake up to a perfect view of the ocean, mountain or valley.

Sharkini, a cool one piece swim suit with side cut out and leatherette “teeth” trim and one chain strap. It looks like a shark bite. $100

Google Announces Chromecast, A Dongle That Streams Video to the TV From Phones, Tablets, and PCs

Google Announces Chromecast, A Dongle That Streams Video to the TV From Phones, Tablets, and PCs

Google has announced Chromecast, a dongle that allows users to stream video from YouTube, Netflix, Pandora, and other apps using Chrome on their smartphone, tablet, or PC. The device plugs into the television via HDMI and is powered by USB, and generates its own Wi-Fi hotspot to which users can connect to stream content to the television. Chromecast is currently available to purchase from Google Play.

A Compilation of Weird Japanese Commercials

Distractify has put together a compilation of some seriously weird Japanese commercials.


Spock actors Zachary Quinto and Leonard Nimoy race one another to a golf club in a newly released Audi ad. The video features delightfully nerdy verbal sparring and Nimoy singing “The Ballad of Bilbo Baggins.”

Students Tim Bouckley, Millie Clive-Smith, Mi Eun Kim and Yuta Sugawara at the Royal College of Art in London have created Eidos, a system of sensory augmentation equipment that allows users to enhance their senses of sight and sound. The Eidos headset records video, transfers the images to a computer where they’re processed, and sends them back to the viewer. The result is an effect similar to long-exposure photography, which ideally allows the viewer to more easily identify patterns of movement. The other Eidos headset enhances hearing by neutralizing background noise and allowing the listener to focus in on one particular source of sound. It uses a directional microphone to capture audio, which is processed by a computer and sent back to the listener via three speakers — one headphone for each ear and a bone conduction speaker at the mouth. The group of students predict that Eidos could have uses in sports analysis, performance art, and heathcare.

Today the first official video from the Pepsi Beyoncé campaign. Entitled “Mirrors”, the video is not only a Pepsi ad, but also a new song and see Beyoncé dance and transform in the video. The pop star dances off against various iterations of her past self.

Here’s the behind the scenes video:

Russian landmarks appear to extend deep underground as if they are the architectural equivalent of icebergs in this clever ad campaign for the Schusev State Museum of Architecture in Moscow. The campaign is by ad agency Saatchi & Saatchi Russia. 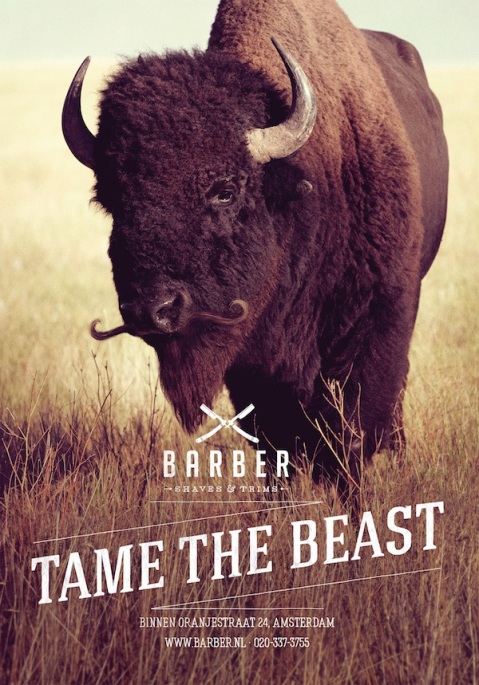 New Zealand’s new power company Powershop wants to make it known that they are a different kind of power retailer so earlier this year they launched an edgy ad campaign called “Same Power, Different Attitude.” On their blog, they say the first installation of ads (which features dictators) casts a satirical light on “a bunch of rotten demagogues, famous the world over for their abuse of power, and recasts them as people who do decent things in their community.”

Powershop has always supported the idea of individual choice and control. Our founding principle was to liberate New Zealanders from their enforced passivity as electricity consumers. Our brilliant customers have demonstrated that everyone’s happier when they can do things their way, so it’s not too much of a stretch to extend that philosophy to life in general.

The latest version of Powershop’s long-running campaign is intended to be both thought provoking and satirical. Kiwis have widely debated the issue of marriage equality over the last year, so we’ve used the issue to point out that large institutions can sometimes lose touch with their modern constituents. The power industry is dominated by crusty utilities, many of whom remain resistant to the changes happening in our world.

We live in a world that has embraced freedom and equality. If something’s working for you and it’s not hurting anyone else, then we support your right to do it. We also believe it’s the responsibility of anybody in a position of power to consider whether their exercise of that power is bringing a greater or lesser happiness to the world. And we know that applies to us as much as anyone.

Power to the people
The Powershop Crew

A husband and father learns a tough lesson after pushing technology instead of paper on his family in “Emma,” a funny TV commercial for French toilet paper brand Le Trefle. It was created by French agency Leo Burnett.


He’s a wolfdog, so he’ll be great at marketing.

Male grooming product company Old Spice has announced that a scruffy character named Mr. Wolfdog will be serving as the new official Chief Director of Marketing for their Old Spice Wild Collection. Mr. Wolfdog speaks through an electronic translating device that’s strapped around his neck and certainly knows his way around an office, as evidenced in the company’s series of odd and funny online videos. Already he’s doing a great job at marketing the collection online in places like the Wild Collection Tumblr blog and his personal Twitter feed. He’s even got an album titled “Night Business” (which includes tracks like “Bored at Work” and “Payday“), a Linkedin profile and a presence on Pinterest. AdWeek reports that Wieden + Kennedy is the agency behind the clever ad campaign.

“Old Spice hired me, Mr. Wolfdog, to be their Director of Marketing. That was a very good decision. Now excuse me, I need to pie chart.”

Design studio Lab Partners in Oakland, California created these wonderful vintage-style JetBlue poster ads. The posters were made for Goodby, Silverstein, & Partners as part of the San Francisco ad agency’s pitch for the JetBlue account. 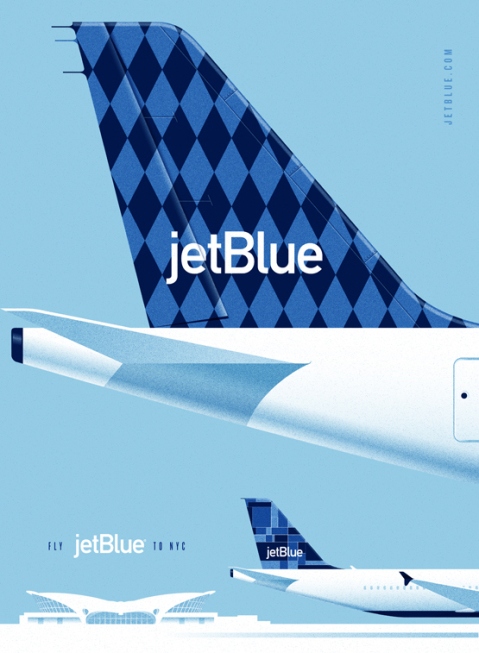 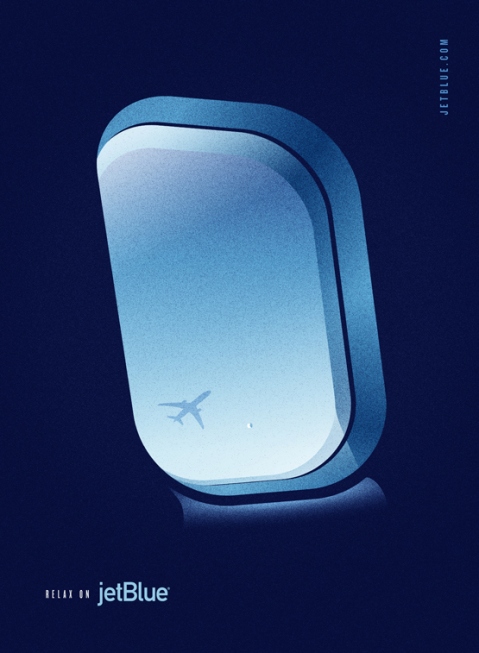 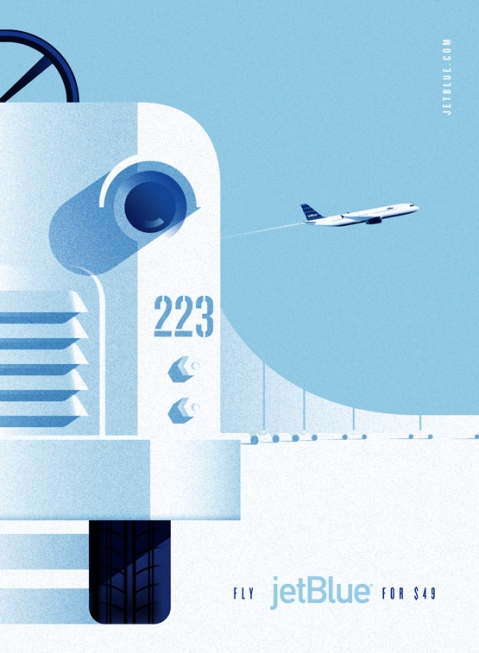 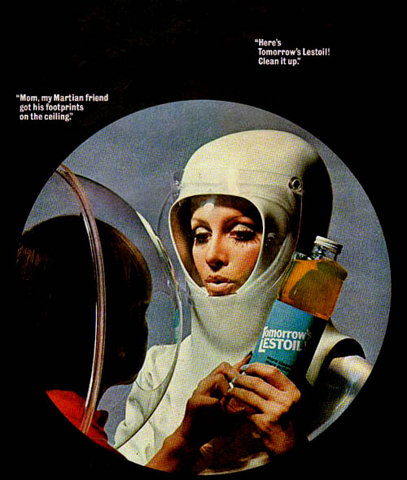 HELP UP TO KEEP DOING THE WORK 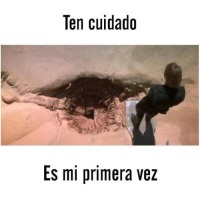 HELP US TO KEEP DOING THE WORK

HELP US TO KEED DOING THE WORK

This WordPress.com site is the bee's knees

The latest news on WordPress.com and the WordPress community.